Curing back to school jitters

Parents, the time has come! School is back in session! No more entertaining the kiddos with camps, expensive trips to the beach, and day care. (Teachers really do NOT get paid enough!)

(We love this picture from jest.com. How many Moms can relate?)

While you may be basking in your glory, your kids may be experiencing some back to school jitters.

Let’s talk about some ways to help calm your kids’ nerves.

First, be prepared. Attend your school’s open house and map out important areas like classrooms, lockers, restrooms, the cafeteria, etc. Your student will know exactly where to go. Being prepared can also mean with school supplies. Make sure your kids pack their bookbags the night before their classes begin. Sometimes just knowing you have everything you need ready and available can help calm their anxiety.

Younger kids may need a little extra attention. Try reading them The Kissing Hand by Audrey Penn. The story is about a mama raccoon who kisses her baby’s hand so he can carry her kiss with him all day. 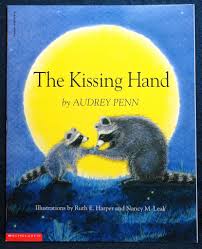 Older kids who have the jitters may enjoy reading First Day Jitters by Julie Dannenberg. This story turns first day jitters into a big joke and reveals that the teacher is the one with the worst jitters. 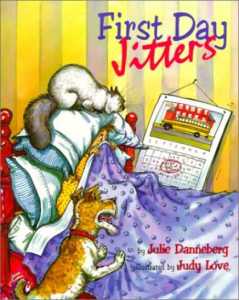 Parents, here is some advice from a teacher’s point of view:

Just remember, the jitters don’t last forever. In a few days, your kid will be back to normal: complaining about homework and wishing for a day off from school.

What do you do to help ease back to school jitters? Tell us about it on Facebook!

How young is too young for kids to have a cell phone?

While cleaning a customer’s house the other day, she did something I had never thought of doing.

Her kids, all in elementary school, were planning on walking to the park with their friends. She gave them a walkie talkie and simply said, “Keep in touch. Let me know if your plans change.”

Cool, right?! She said it was her way of keeping them “cell phone less” for a little while longer. What a great idea!

My niece recently celebrated her eighth birthday. When I asked her what she wanted, her requests were: “a cell phone, an iPad, a Nintendo DS” pretty much nothing under $100. Of course, she has no idea the value of these items. She sees her friends on a phone, so she wants a phone.

So, do you give in and buy the kid a phone?

How independent/responsible are your kids? Do they need to be in touch for safety reasons or social ones? Some folks have been ditching the old home phone. If you work and your child needs to check in with you once they arrive home from school, then it may be time to get them a cell phone. Make sure you limit the options of the phone. Start with a simple plan, one that only makes phone calls and allow them a certain amounts of minutes.

Does your kid understand the concept of minutes and apps downloaded?

Speaking of apps downloaded, depending on what age your child, are you ready to open them to the portals of the Internet? Cyberbulling, location sharing (which raises questions about children being stalked), and being on-call to all of their friends are a few concerns parents have when deciding if they should buy their kids a smartphone.

WedMd suggests not considering a cell phone until your child is in middle or high school, as the younger kids are more likely to be with you. Before you add a line to your current plan, consider establishing rules and punishments for breaking the rules.

Be responsible. You know your kid and you know their maturity level.

What are your thoughts? How old should kids be before they get a smartphone?  Tell us at www.facebook.com/Miraclean

Last night my mom sent me this picture of her herb garden. I love that she said Take #1. Green thumbs don’t run in this family! 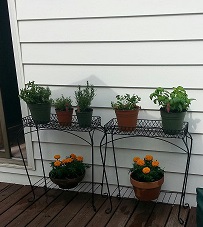 This week’s blog is for my mother.

Here are some cute and handy ideas for your garden: 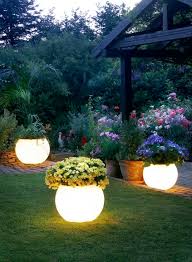 3.)                Speaking of paint, paint a few rocks to look like strawberries. Place the rocks near your berry patch to chase the birds away. They hate pecking on stones and they will assume all the berries are hard. 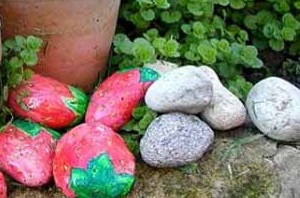 4.)                Use left-over coffee grounds to acidify the soil of acid-loving plants like azaleas, rhododendrons, camellias, gardenias and blueberries. A light sprinkling of a quarter-inch applied once a month will keep the pH of the soil on the acidic side.

5.)                Another awesome use of coffee filters are to use them in the bottom of your potted plants to keep the dirt from leaking out of the drainage hole.

6.)                Turn a rake or other long-handled tool into a measuring stick. Use a permanent marker and a tape measurer to write inch and foot marks on the handle. Perfect for those plants that need space!

7.)                Create natural markers by writing the names of plants on flat faces of stones of various sizes and place them at the base of your plants. 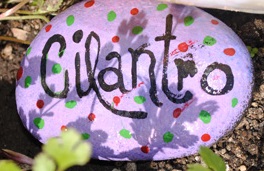 8.)                Keep your garden twine handy by placing it in a small clay pot and pull the end of the twine through the drainage hole and set the pot upside-down in the garden. 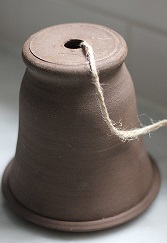 9.)                Dry your herbs by arranging them on a sheet of newspaper on the seat of your car. Roll up your windows and close the door and they will be perfectly dry. Plus, your car will smell great!

10.)            Next time you boil or steam veggies, let the water cool and use it to water your potted plants. You’ll be amazed at how the plants respond to the veggie soup!

Do you have tips to add? Tell us about it at www.facebook.com/Miraclean.